Raizer is losing the plot with Scooters! 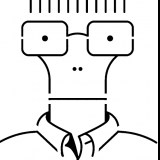