Turbo chat. Educate me (About wastegates) 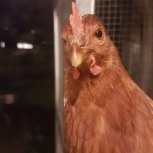 By Muncie,
January 2 in Tech Talk