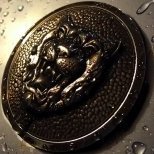 By Thousand Dollar Supercar,
April 16, 2018 in Projects and Build Ups