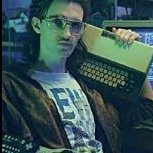 By yoeddynz,
January 7, 2011 in Projects and Build Ups